All about uterine fibroids 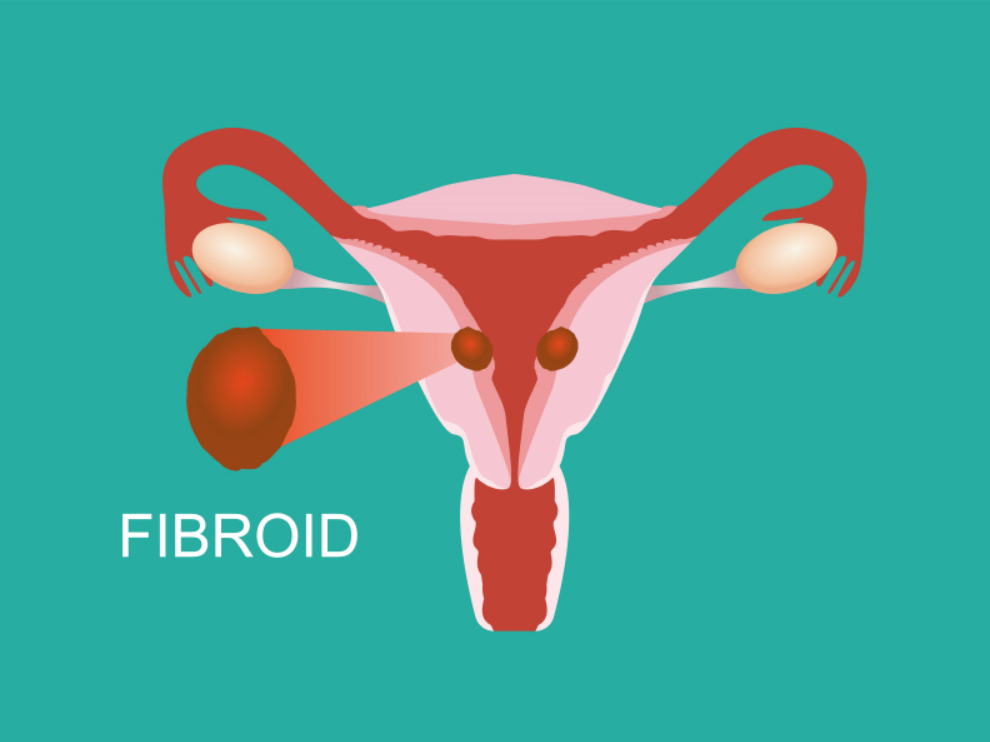 The main symptoms of uterine fibroids can be mistaken for the development of a potbelly, a swollen abdomen.

The uterus is a vital organ during pregnancy and childbirth. Consequently, the uterus is referred to as the second heart of the woman.

The uterine fibroid is an unwanted visitor in the womb. Myoma is not merely a lump. Depending on the location or size of the fibroid, it can cause bleeding and induce pain that may result in infertility.

It is important to know the symptoms and seek early medical attention since uterine fibroid can lead to the removal of the uterus entirely. Let us review the causes and major symptoms of uterine fibroids, which can be mistaken for a potbelly once the myoma is enlarged.

■ More than 350,000 women per year are diagnosed with Uterine fibroids.

The uterus is a gourd-shaped reproductive organ made up of thick muscles with a hollow at the centre. It is about 7cm long, 5cm wide, and 2.5cm thick, approximately the size of a human palm.

Uterine fibroids, benign tumors that develop in the uterus, are among the most common women's gynecological diseases. According to the statistics of the Korea Health Insurance Review and Assessment Service, as of 2017, about 365,000 cases of uterine fibroids occurred.

By age, the proportion of female maternity patients aged between 40 to 49 years is 56%. However, the percentage of young women between the ages of 20 and 39, the childbearing age, is at 22%. With the recent advancements in imaging techniques, the number of diagnosed patients are gradually increasing.

The cause of uterine fibroids remains unknown though there are many unfounded speculations.

Factors that potentially increase the risk of uterine fibroids

Based on the hypothesis that immature muscle cells are formed in the muscular layer of the uterus and are continuously stimulated by female hormones to develop into myomas.

- The symptoms of uterine fibroids vary depending on the size, location, and the number of fibroids.

- About 70% of all patients are asymptomatic.

- The development of myoma in the uterine lining causes bleeding and severe pain.

- If there are multiple myomas, anemia may occur due to excessive bleeding from the myomas.

- Patients can experience an abnormal pain on pressing the pelvis during sexual intercourse and menstruation.

-If the myoma size is large, blood may not be supplied to the center of the myoma, causing necrosis. At this point, the pain may be more severe.

- There may be no symptoms if the myoma occurs outside the uterus.

- The condition may be mistaken for a potbelly once the size of the fibroid starts to enlarge, allowing the fibroid to grow.

-Once the fibroid grows to over 5cm, there is a feeling of pressure as a result of the constriction of the bladder and intestine.

-The myoma may compress organs resulting in frequent urination and bowel movement disorders.

■ Effects of uterine fibroids on pregnancy

Before pregnancy: Increases the risk of infertility

■ Treatment and management of uterine fibroids

Uterine fibroids do not show any specific symptoms, cause discomfort, and can be ignored when they are small in size. Fibroids about 10 cm in size, may not be removed despite causing discomfort. However, due to the bulging stomach and the risk of necrosis, regular examinations should be performed.

However, if bleeding or pain occurs due to the uterine fibroids, removal surgery is necessary. Sometimes it can result in the removal of the uterus. The removal surgery is recommended when the uterine fibroid removed reoccurs. Report indicate that it recurs in 20-40% of patients who have had surgery. The reoccurrence is more common when there is a single fibroid. In the case of multiple fibroids removing the uterus can beneficial to the patient. The removal of the uterus can be carefully considered when the fibroids become potentially cancerous although the possibility is less than 1%.